Try it FREE for 30 days
Home » What Makes Water Hard ?

The most common water quality problem reported by consumers throughout North America is hard water.

A Geological Survey indicates that hard water is found in more than 85 percent of the country. So then, what makes water hard, and what can consumers do to treat this problem? Click here to see the benefits of conditioned water. 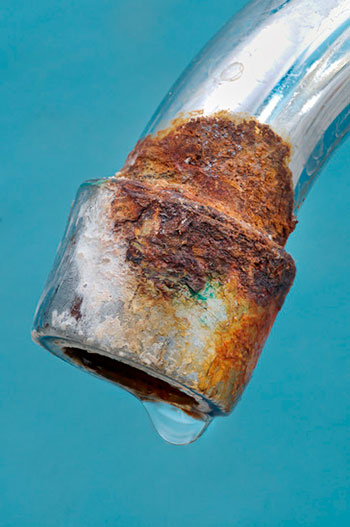 Because more than 60 percent of the earth’s water is groundwater, it travels through rock and soil picking up minerals, including calcium and magnesium along the way.

These two contaminants produce what is commonly referred to as “hardness” in water.

Generally speaking, hardness is measured in grains per gallon (gpg).

Hard water can be detected easily, even as one performs personal hygiene such as hair washing, or through the appearance of fixtures and appliances or changes in heating costs.

In areas where the water is hard or very hard, the local water utility may soften the water to about 5 or 6 gpg. This figure is still considered moderately hard, and consumers may still wish to soften the water further.

The most common option for consumers is ion exchange water softening in the home. Domestic softening makes economic sense because it only softens the water to be used for laundering, cleaning, and other home uses. Softening at the central treatment facility is costly because it softens all water, including that which is used for fighting fires and cleaning streets.